Solange – When I Get Home (FULL ALBUM) 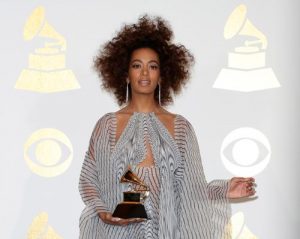 Solange – When I Get Home (FULL ALBUM) Zip Mp3 Download

American singer-songwriter and actress Solange Piaget Knowles who goes by the stage name Solange present her much anticipated album titled When I Get Home.

After teasing fans with random tracklist & asking fans to call her on a promotional 281 phone number, Solange decides to come through today and surprise fans with the release of a new album.

The younger sister of Beyonce confirmed the album, titled When I Get Home, to a fan who dialed into the 281 number on Thursday, before mentioning it was dropping at midnight.

“I’m coming out tonight at midnight,” she said. “The album is called When I Get Home and it’s my baby and I’m so excited.”

Solange is an artist who is Expressing an interest in music from an early age, Knowles had several temporary stints as a backup dancer.

Solange told The New York Times’ about the project that “There is a lot of jazz at the core,” “But with electronic and hip-hop drum and bass because I want it to bang and make your trunk rattle.”

When I get Home album is available on iTunes.

Stream When I Get Home full Album by Solange below and share!