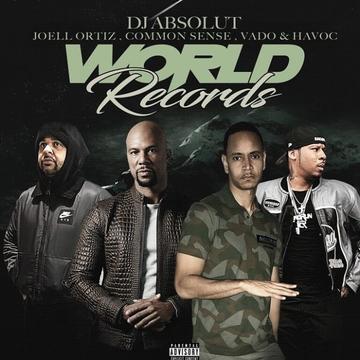 The New York hip-hop Absolut is back with his new single, “World Records”. which is a hard-hitting track that finds each artist flexing their lyrical muscles to the fullest. Joell, Havoc, and Vado deliver cold, New York flows while Common delivers an introspective verse.

It’s a dope collaboration and hopefully, it isn’t the last that DJ Absolut has in the vault.

According to DJ Absolut he said:

I Remember The Times They Said I Couldn’t Do It 👑 #LinkInBio https://t.co/uBGSaGK8UH