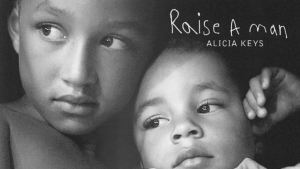 American singer-songwriter, producer and also a philanthropist, Alicia Augello Cook, known popularly as Alicia Keys drop an inspirational track for the contenders of upcoming Grammy Awards which he titles Raise A Man.

The event takes place this morning and saw Dua Lipa winning Best New Artist at the 61st #GRAMMYs Awards . A classically-trained pianist, Alicia Keys started composing songs at the age of 12 and was signed at the age of 15 years old by Columbia Records.

Alicia Keys – Only You (Originals)

After she has a disputes with the label, she signed with Arista Records, and later released her debut album, titled Songs in A Minor, with J Records in 2001. The album was commercially successful, producing her first Billboard Hot 100 number-one single ”Fallin’ ” and selling over 12 million copies worldwide.

The album earned Keys five Grammy Awards in 2002. Her second album, The Diary of Alicia Keys in 2003, was also a critical and commercial success, spawning successful singles ” You Don’t Know My Name “, ” If I Ain’t Got You” and ” Diary “, and selling eight million copies worldwide. The album garnered her an additional four Grammy Awards. She continues to be a superstar time to times without number.

The release the of this track “Raise A Man” by Alicia Keys comes after hosting the 61st annual Grammy Awards.