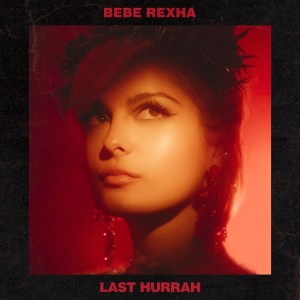 Bleta “Bebe” Rexha Popularly known as Bebe Rexha is an American singer-songwriter, and record producer, and today she drop her first single of the year titled Last hurrah.

After landing her Grammy nomination on the song “Meant To Be,”. Bebe Rexha took to Twitter shortly after the show to express her gratitude for the nomination as well as get very honest and candid about her disappointment at losing.

The star lost her Grammy category for best country duo/ group performance to Dan Shay as well as the best new artist category to Dua Lipa. Shortly after the show, Rexha posted a tweet expressing how grateful she was for being allowed to attend the Grammys.

Bebe Rexha self made track is dope track that her fans will really welcome and promising to debut on Billboard soon.

The song that is produced by Jussifer and Devon Corey. According to the singer, the song is about celebrating your imperfections and insecurities.

You can listen to the song on ITunes.