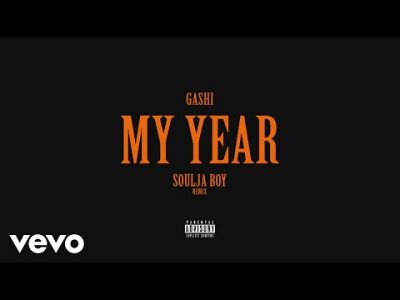 GASHI present the remix for “My Year” featuring Soulja Boy.

Albanian artist of Kosovo Albanian origin now based in Brooklyn, New York singer G4Shi is back with the remix for his previously released song titled My Year which now features the American rapper Draco popularly known as Soulja Boy.

Stormzy – This Is What I Mean

Soulja Boy Reacts To Wizkid’s Tweet From 12 Years Ago, Threatens There Must Be Repercussions|Video

Soulja Boy – What You Doin

ALBUM: Soulja Boy – No Looking Back