MoneyBagg Yo – Act Up Challenge 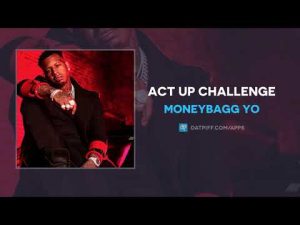 Moneybagg Yo came through with a new banger, the brief yet hard-hitting “Act Up Challenge.” Over an almost dance-friendly loop, Moneybagg asserts his dominance with some boss-level bars. “Hood and rich, Cavier on Ritz Crackers,” he raps, “groupie ass ni***s worse than hoes, tryna snap up.” Moneybagg Yo raps

In the second verse, Moneybagg allows himself to get lewd and crude, painting pornographic fantasies of a few chance encounters. “I let her eat the d**k in the car while I’m steering it, then watched her eat her best friend out, she was curious,” he spits, unabashedly x-rated. The track itself clocks in a little under two minutes, though Moneybagg wastes little time in establishing himself on this one. It feels like a warm-up of sorts, according to Hotnewhiphop.

Listen to Act Up Challenge by Moneybagg Yo below and share!