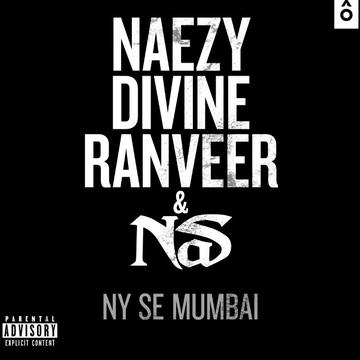 The son of jazz musician Olu Dara, Nas has released eight consecutive platinum and multi-platinum albums and has sold over 30 million records worldwide.

The hot American rapper continue expanding his brand to maintain a worldwide presence. While he’s a household name in America, Nas is looking to impact a major market by transitioning to India’s mainstream with his new project.

Divine has listed Nas as one of his major influences growing up, so it makes sense for the two to team up on a new single.

“NY Se Mumbai” starts out with a verse from Nas before heading into sections from Divine, Naezy and Singh. Mixing between English and Hindi, this new t

rack is one of the most original ones you’ll hear today.

Nas, who is the executive producer of Gully Boy, a new film that was inspired by Divine’s career as one of the most well-known rappers from India. The three artists which are “ Divine “, “Naezy” and “ Ranveer Singh ” are excited to be featured by the American rapper and put in their best for their worldwide fans as well.

Listen To NY Se Mumbai by Nas, divine, Naezy and ranveer Singh below and share!