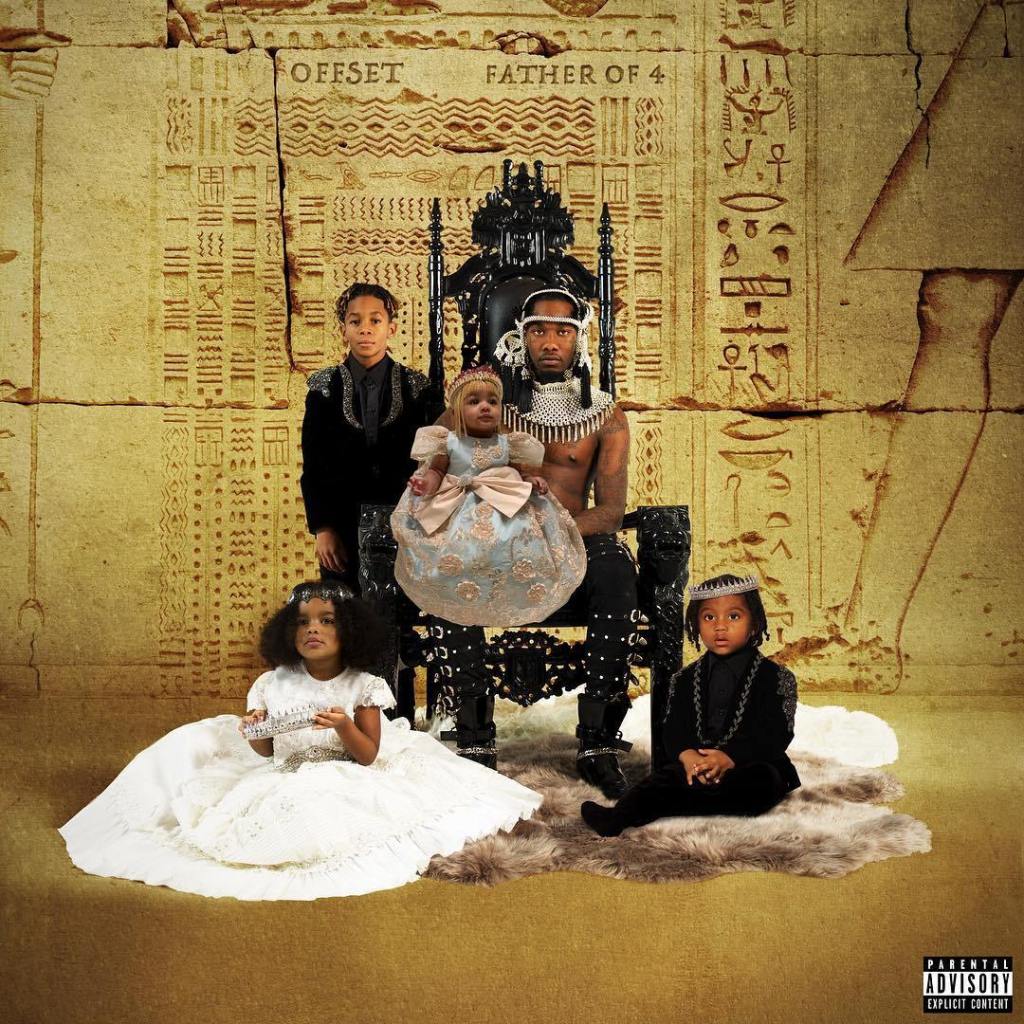 From The Newly released Father Of 4 Album by one of the Migos star Offset was this masterpiece collaboration with Travis Scott and the deport controversial 21 Savage.

The album is expected to be release lately year December but the American rapper failed to release it.

Offset neither announce the release date likewise hint about it till the beginning of this month when he released “Red Room ”.

Offset Wrote when releasing the record:

“My first solo project I want to express my life let my fans know a little more about myself and of course some turn up,”

The cover art of the project features the Migos rapper sitting on the throne in front of wall covered in ancient Egyptian hieroglyphics while his four Children are around him.

His oldest son stands next to the throne while Cardi B’s daughter, Kulture, sits on his lap. Meanwhile, the middle child sits at Offset’s feet. After the summer, QC and Migos began rolling out the solo projects for the ATL trio.

Listens to Legacy by Offset featuring Travis Scott, 21 Savage below and share!