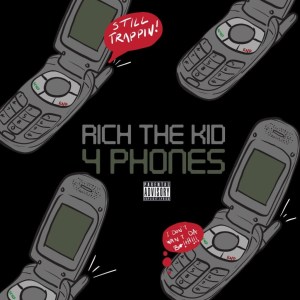 The song is only available in international markets right now, the track is expected to release worldwide at midnight.

He may not be the first person that comes to mind when you think of dominant forces from Atlanta but Rich has proven to be extremely influential.

His flows have been duplicated by many and his success with tracks like “New Freezer” and “Plug Walk” is unmatched. We’ve previously heard “Splashin,” which is expected to be on the album, and now “4 Phones” has been released.

The track was produced by Cashoutbeatz produced instrumental. and was release after he drop “Money On Deck.

Listen to 4 Phones by Rich The Kid below and share!