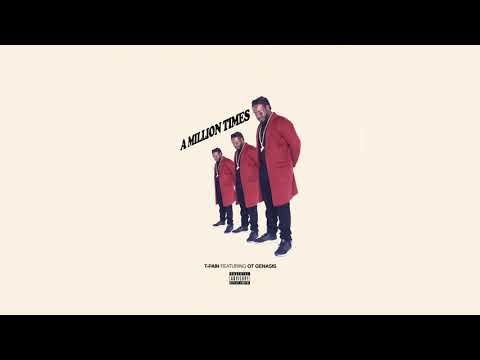 Faheem Rasheed Najm, professionally known by his stage name T-Pain, who is an American rapper, singer-songwriter and a record producer, comes through today with a brand new song titled A Million Times alongside O.T Genasis

Tpain debut album, Rappa Ternt Sanga, was released in 2005. In 2007, T-Pain also follow up with released of his second album titled Epiphany,

This track was coming after T-Pain Ends Show Early After Getting Hit in the Face With Beach Ball.

The song was a sequel to the release of his visual for Getcha Roll On with Tory Lanez and All I Want track with Flipp Dinero.

Listen to A Million Times by T-Pain featuring OT Genasis below and share!