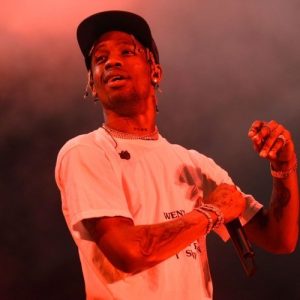 With his recent album “Astroworld” tour grossing $34.3 Million so far, American rapper, singer, songwriter and producer, Jacques Bermon Webster II whose stage name is Travis Scott show us he is not sleeping on his oars as he dishes out another monstrous number entitled Don’t Touch Me with the help of the English singer-songwriter, guitarist, and actor Edward Christopher Sheeran commonly known as Ed Sheeran.

Listen to Don’t Touch Me by Ed Sheeran featuring Ed Sheeran below and share!