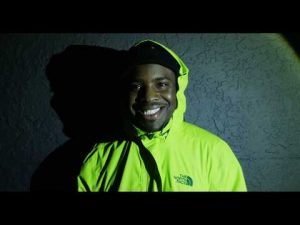 He accused the ever-affable Logic of trying to stop his bag on the track second verse. “Logic and his manager tried to ruin my deal, I guess that’s what happens when you tell a n***a who spent his whole career pulling that he’s black that he ain’t black still,” says IDK.

he later proceeds to make it known it’s not a diss, already acknowledging that Logic will likely ignore the shots. Still, he’s not about to be fazed by any slight, evoking 50 Cent ‘s infamous “Back Down” as an affirmation of brash confidence.

Listen to Trigger Happy by IDK below and share!