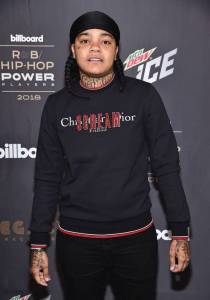 Young M.A makes it clear that the only reason she turned down the offer of movie career as she wanted to first establish her role as an “artist in the industry” and not as an “industry artist” She gain recognition and ultimately solidify her presence in the entertainment industry.

The Blueface Thotiana, has really goes viral as Nicki Minaj, Cardi B, YG, and more have taken it upon themselves to spit over the beat. Blueface struck gold when he released “Thotiana.” Initially, the song did not receive a major amount of traction.

Listen to Young MA Thotiana remix below and don’t forget to share!