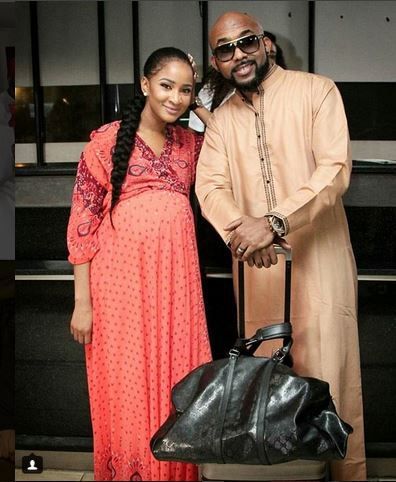 Adesua Etomi after making her first media appearance on social media a month after giving birth to a baby boy, Zaiah, has been dragged for faking her pregnancy. 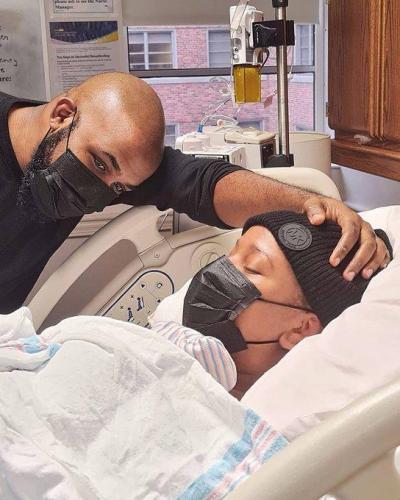 This gossip had ensued because she had kept her pregnancy private and off social media during the pandemic till she gave birth.

In reaction to this, Adesua posted new pictures of her baby bump to pepper gossipers.

READ ALSO:  Nigerians Reacts as Nengi shares throwback photo of herself at age 12

One of her followers had said,

stupid blogs saying the pregnancy was fake, women turning against other women for no reason all the way down to something as serious as pregnancy, shame!!!”

not surprised Sha. Wherever God is, the devil will show face but we move. 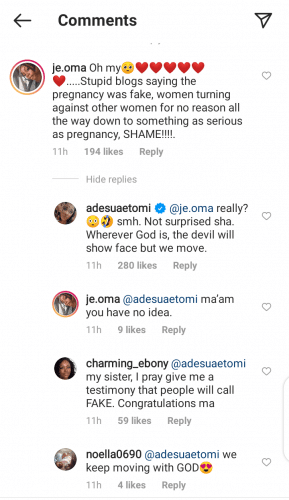 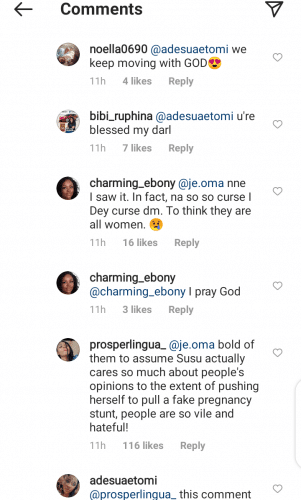 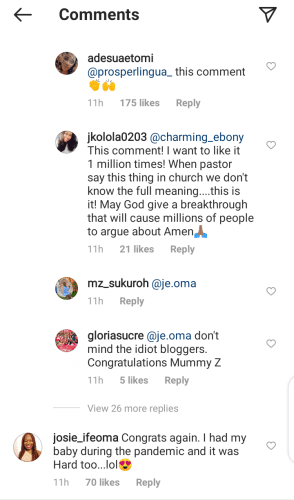