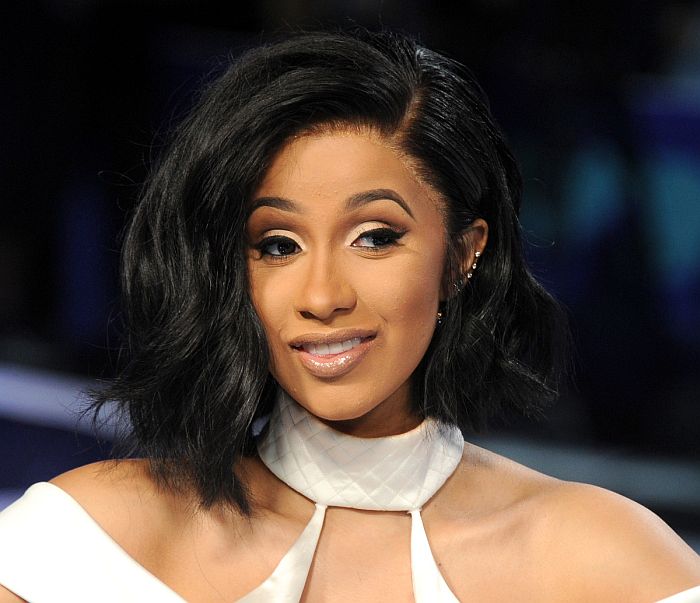 USA female rapper Cardi B who recently left Nigeria to America has been considering being a Nigerian citizen as she announced that she will be filing for Nigerian citizenship if things go wrong between Iran and Donald Trump.

And some funny Nigeria reactions; 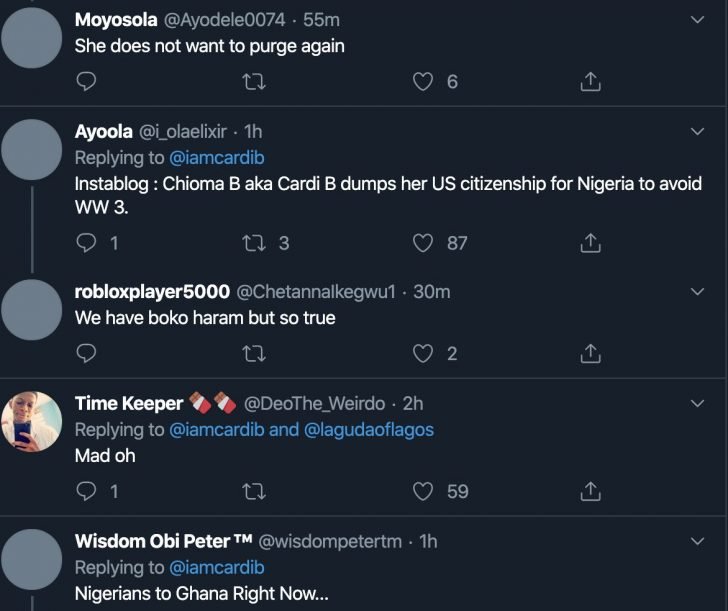 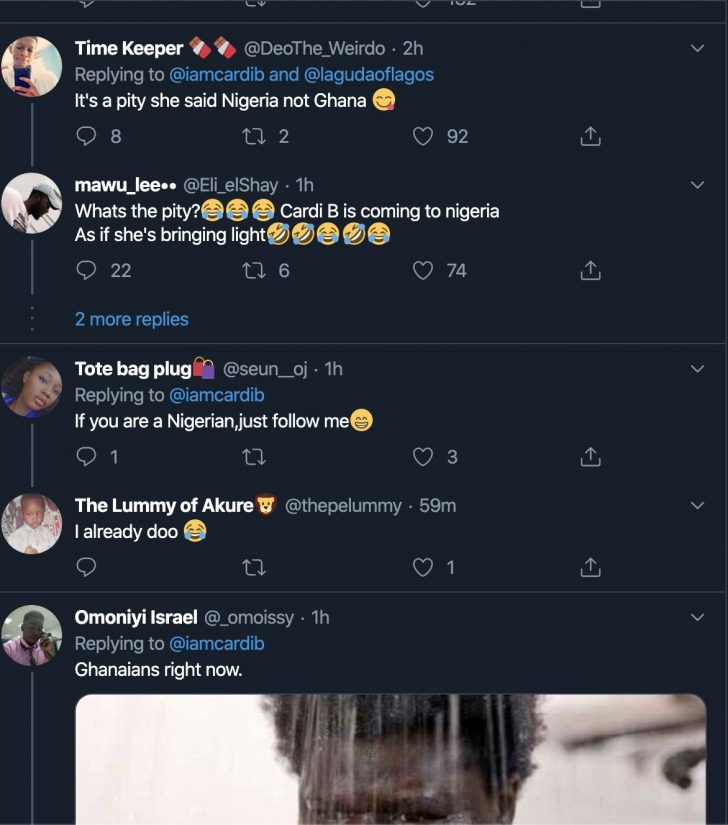 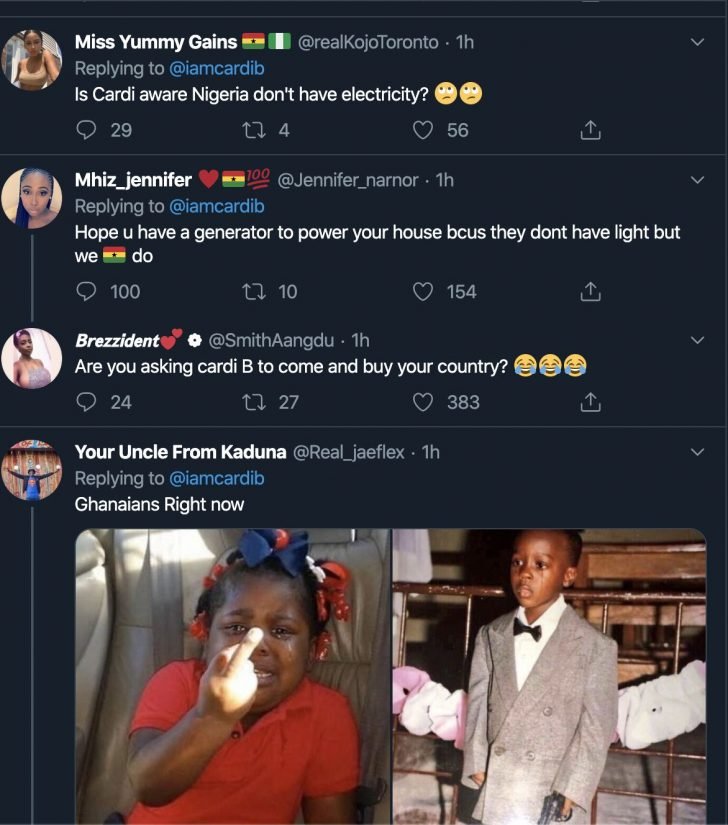