Home » Entertainment » Another Dangote’s side chic speaks up, exposes his bare buttocks in viral video

Another American woman has stirred reactions on social media after she shared pictures of herself chilling with Africa’s richest man.

This comes just 24 hours after a woman, Bea Lewis opened up about their alleged relationship.

The new woman, using the handle @Allarounda1 on Instagram, posted a video of herself and Dangote on a couch in an orange blanket. 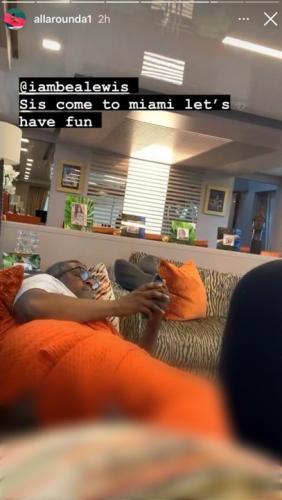 READ ALSO: Even if DNA confirms the baby is not yours, you must take responsibility of the child – Nigerian lady

The woman, whose first name appeared to be Courtney, also tagged @Iambealewis, who had earlier exposed her relationship with Dangote and accused him of breaking her heart.

So this is how rich people’s yansh(dangote) looks like.. but tell me, what’s really happening??? 2021 is like its for the Rich Shepeteri FC pic.twitter.com/R5znm8u20H