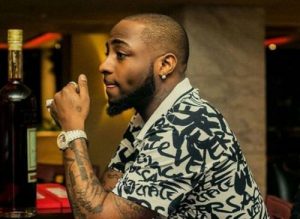 A Recent tweet from the DMW records boss, Davido has shown clearly that a remix to Superboy cheque hit song “Zoom” might be having a remix pretty soon.

Cheque shares a good news about his song being the second single in the country both on Audiomack and Apple Music while davido’s “Fem” was number one.

However, davido spotted the tweet and joked about not passing him and also stylishly asked if they should drop the remix.

See Their conversation below! 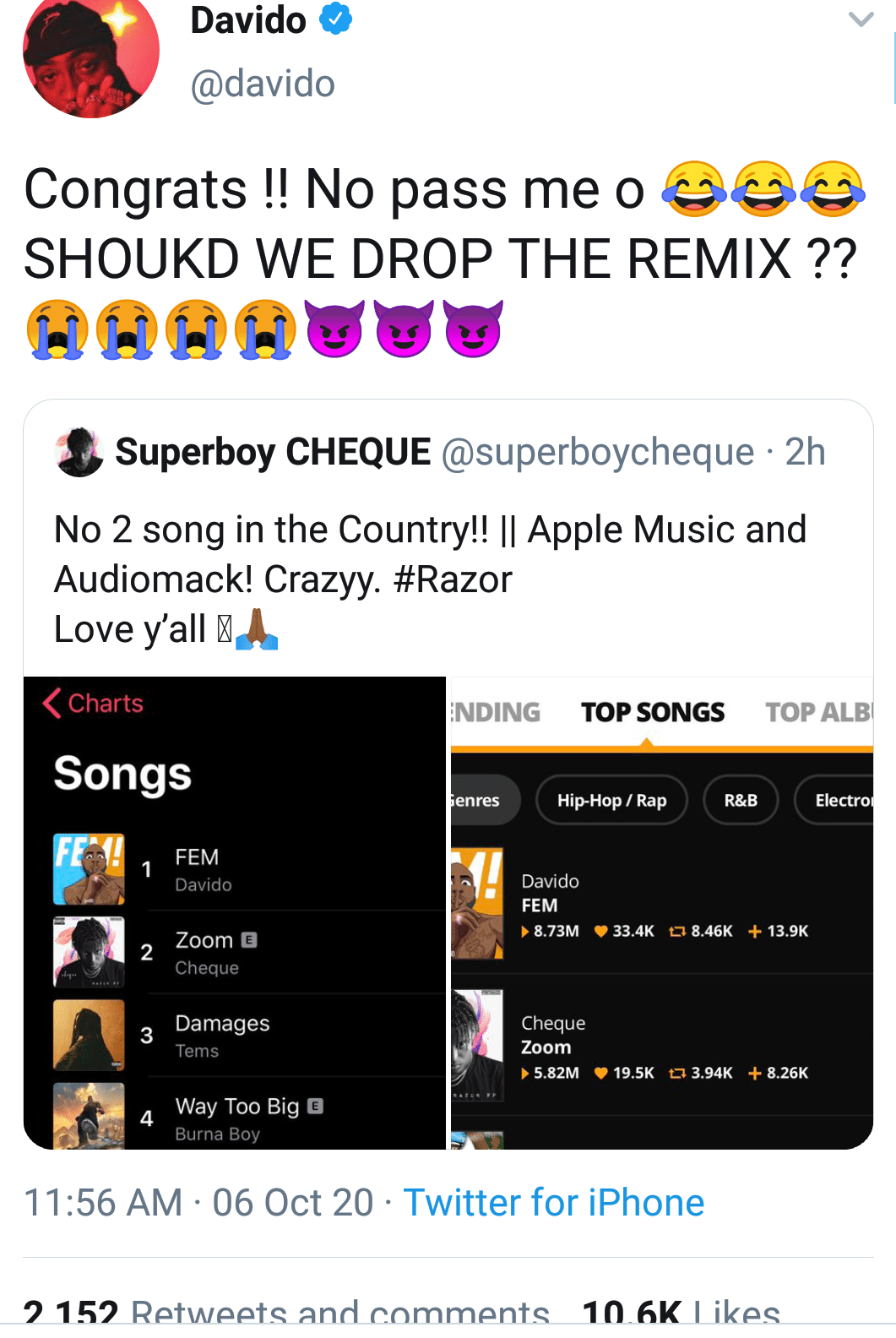 Cheque - Hollywood
5 Dope Albums You Should Expect Before The End of 2019
Davido's Reason for Political Movement, As He Tenders Apology To Lady He Roasted On Instagram
Davido Claims 'A Good Guy Man' Reveals What Will Happened if You Go Against Him