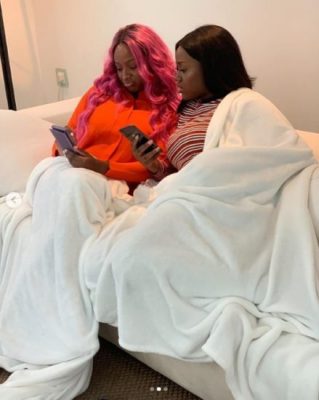 The Billionaire daughter, talented disc jockey DJ Cuppy and Davido’s girlfriend, Chioma are having a girls time today in Lagos.

DJ Cuppy invited Chioma over for chills, and they are already having a good time. Recall that the two became friends when DJ Cuppy was dating Davido’s manager, Asa.

DJ Cuppy shared the above photo and wrote; Chioma my lover came to spend the day with me at home! ��”