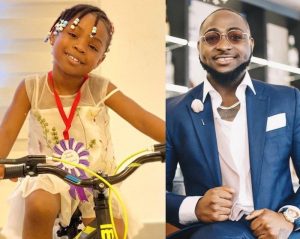 Davido has just shake the internet with a beautiful picture of his expensive wristwatches with daughter.

Davido is certainly one Nigerian music star who does not joke when it comes to spending time with and spending on family and those he holds dearly to his heart.

His first daughter, Imade, whom he named after his late mom,recently spent time with her superstar daddy.

SEE:  Is Olamide Talking To Davido In "Buga Small Small"

The singer took to his Instastory to show off his expensive wristwatch alongside his daughter’s.

He also shared another photo with little Imade as they spent time together. 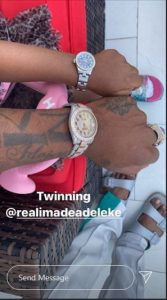