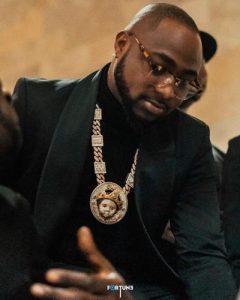 DMW boss, Davido has disclosed that’s the game is about to be lit as he is about signing his fist female artist to the Davido Music Worldwide label.

Davido who is known for his mantra “We rise by lifting others” has proven antecedent to back that his statement.

Davido who likes to move in packs like a wolf has been generous and has touched everyone who comes acrosses with him, from his gateman to his former personal assistant, Aloma to Peruzzi to Mayorkun. He lifted them from almost nothing to a hero.

This time he is about to reveal the latest first lady to the DMW crew. it will be recalled he signed Lola Rae in 2016, however, it was into HKN, a record label, he co-owned with his cousin B-RED.

Meanwhile, the DMW boss on the eve of Nigeria’s 60th independent day discloses the brand new Lamborghini he acquired.

That aside, in an interview with Ebuka, Davido for the first time revealed what actually killed his mother. he discloses that his mother died of a heart attack on his dad’s birthday.

He further discloses that his generosity is a thing he inherited from his mother, she agile and free with people.

There Has also been a speculation that the incoming female singer is Liya who goes by the handle @Yes_Liya.

even though the DMW boss, Davido has not make the official announcement we have some confidence that she’s the one.

checkout some of Liya pictures below. 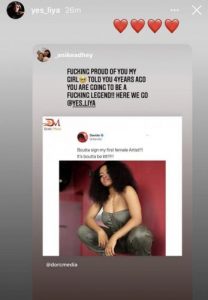 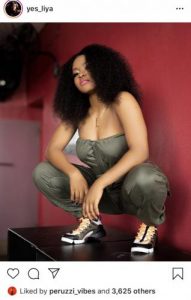 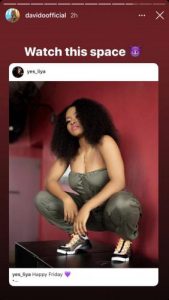 Davido Was Shocked As The Man he Kicked Nearly Drown (Video)