Home » Entertainment » #EndSARS: “I was taken out of context, I Never Deny Protesting” – Davido
Entertainment

#EndSARS: “I was taken out of context, I Never Deny Protesting” – Davido 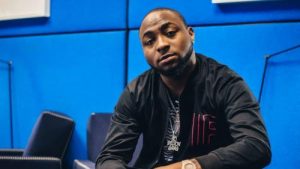 The award-winning Afrobeats singer, David Adeleke is better known as Davido has cleared the air regarding his statement that has been circulating the social that he denied the #EndSARS protest over the weekend in Abuja.

It will be recalled that the DMW boss met with the Nigerian Police Force spokesman, Frank Mba alongside with his lawyer, sister and few colleagues on Monday.

During his conversation with the Police Force spokesman, Frank Mba asked Davido:

“NO I DIDN’T PROTEST”

This utterance was taken out of context by many as been a coward and denying the Nigerian youths.

In other to clarify the air, Davido took to social media to make things clear in a press release.

Meanwhile, the #EndSARS protest is still very much ongoing across the country, including the Rivers state. Despite the governor banning such gathering.

Read his press statement below! 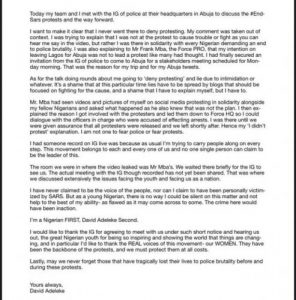