Home » Entertainment » I renounce My Marriage, 3 Months After I Got Pregnant – Yvonne Jegede Reveals

I renounce My Marriage, 3 Months After I Got Pregnant – Yvonne Jegede Reveals 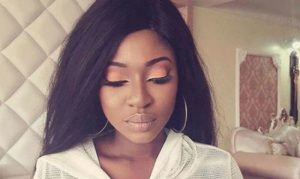 The actress Yvonne Jegede came clean in an interview with Pulse, saying she quit the marriage, three months after she got pregnant with her son. We had reported that the issue allegedly stemmed from the paternity of the child.

“We started having issues before the birth of Xavier. I think I was about two to three months pregnant when the issues came. Immediately the issues came, there was never a dull moment, it just kept going up and up and it got worse and it got bad and today here we are,” she said.

She added that when the issues became obvious and irredeemable she moved out of their matrimonial home after a mutual agreement.

However, the actress revealed that her marriage to Abounce was worth it for the months it lasted.

She said the times they shared together as a couple were nice and sweet so she wouldn’t trample on those times.

Reekado Banks Got dragged On Instagram For Alleged Fraud

Reekado Banks Got dragged On Instagram For Alleged Fraud