it’s unacceptable for women to be calling men broke and say they won’t get close to any of them because of their financial situation.

Being broke is not permanent and that a broke person can be rich the next minute.

if their own mothers married their broke fathers, what’s the point in mocking and rejecting men who don’t have money and refusing to establish any relationship with them. 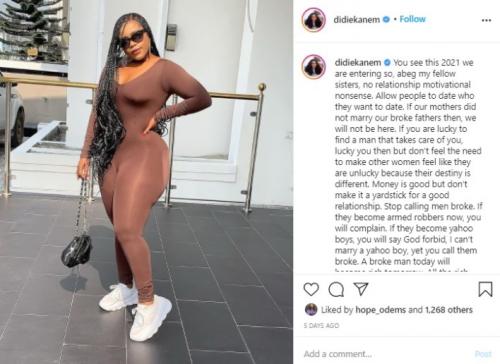