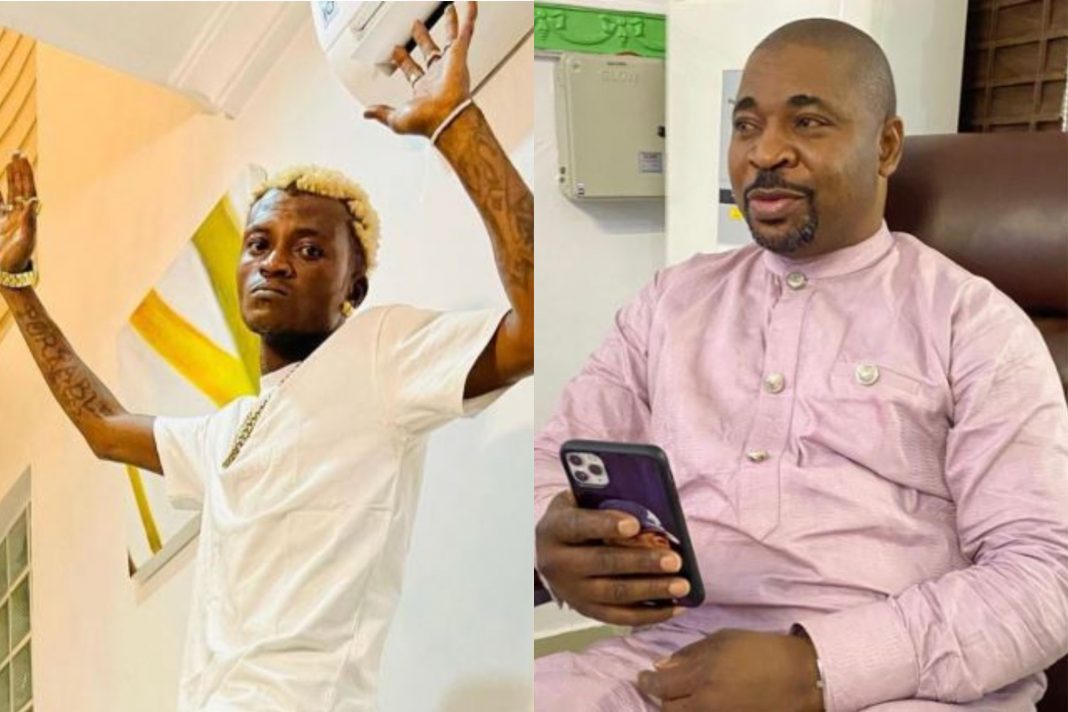 Following the claim of Portable having founded “One Million Boys”, MC Oluomo stands up in support of him.

The Inspector General of Police ordered an investigation after Portable claimed he is the leader of the cult group “One Million Boys” series of residents were terrorized by the notorious cult “One Million Boys” in the past. Portable later clarified the air as he said on his Instagram page that he only meant One Million followers.

The Chairman of the Lagos State Park and Garages Management, Musiliu Akinsanya (MC Oluomo), went viral on Friday in a video where he assured Portable of being safe from thugs.

“Listen to me. Anywhere in Lagos state. You said he should not step foot in Agege,” Oluomo warned in Yoruba.

“Who are those in Agege? We’re the ones. You also said he shouldn’t step foot in Oshodi and Lekki.“

“Who are those in charge of these places? We’re the ones. Please stop it.”

MC Oluomo: Nobody can hurt Portable in Lagos pic.twitter.com/rMGETcBmic

Oluomo was later referred to as “the king of street-smart residents in Lagos.” by Portable later in the video.