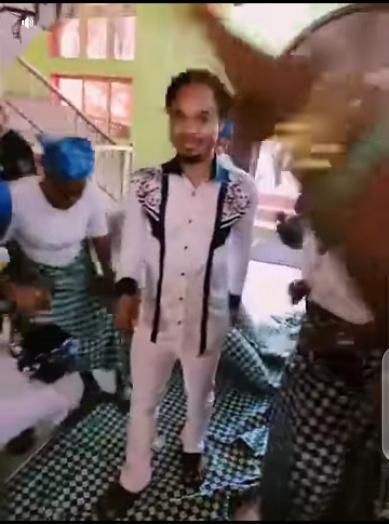 Prophet Odumeje has been spotted walking with greatness as church women spread their wrappers for him to walk over.

In the viral video, the self-acclaimed Liquid Metal could be seen walking over wrappers

The wrappers were laid one after the other as he walks majestically on it.

As an appreciation, Pastor Odumeje who refers to himself as the Indaboski sprayed money in the air.

Some women could be heard chanting him as “the liquid metal, the lion, odumeje” while they danced joyfully.