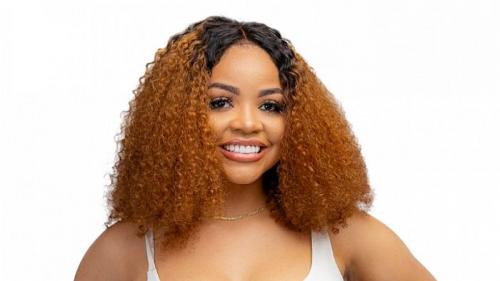 Bbnaija lockdown edition housemate, Nengi was so excited as she gives full detail on how she got featured in davido recently released music video for “Jowo” which was released 4 days ago.

“Fun fact about #JowoVideo when Davido told me he wanted me on a project I didn’t know what it was cause he didn’t say ..I was asking myself what could it be as you all know your girl ain’t a singer. All He said that Bobo will give me details.” 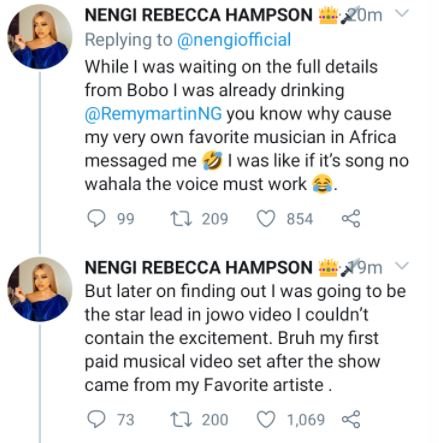 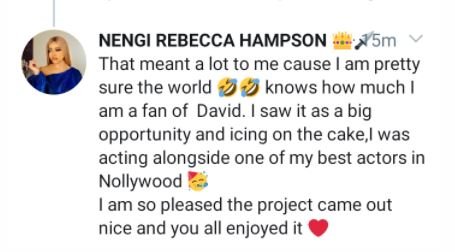