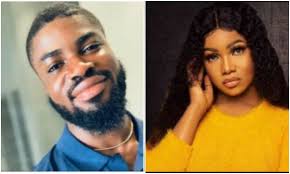 BBnaija Star, Tacha has questioned BBN fanatics who wish death on others for supporting their faves yet mourned Digital Strategist, Ayodele Bandele who died out of depression.

This came after a Mercy fan wishes death on another who’s presumably to a Tacha’s fan over a disagreement.

According to Tacha, unkinds drives people to depression.

While expressing displeasure, she also urged people on social media to be kind with words when dealing with strangers online

READ ALSO:  See what a man said happens to him anytime he watches Mercy Johnson’s movie

Recall that a young Nigerian man in Lagos identified as Dele, who was declared missing on Tuesday, January 12, was been found dead after battling depression for 7years.