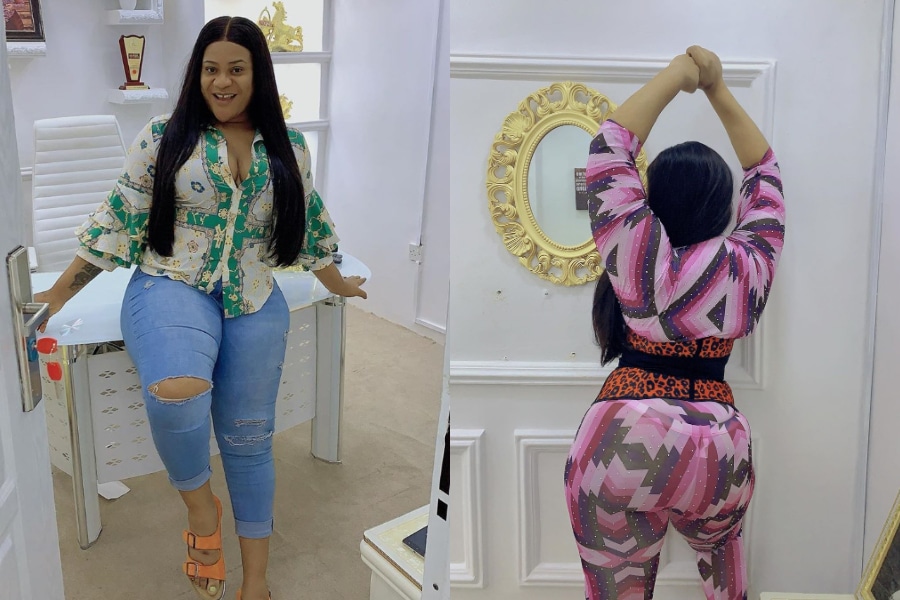 Nkechi Blessing took to her Instagram handle to the amount of money she receives from her boyfriend for breakfast alone.

As we all know Nkechi Blessing is no doubt a talented actres.

Her ability to interpret roles, and produce a top-notch performance when it comes to acting in different roles.

However, even though she is an Igbo lady from Abia state, Nkechi Blessing acts mainly in Yoruba movies due to her understanding of the Yoruba language.

READ ALSO:  Reactions as man claims he sold his father’s house because of his love for DJ Cuppy

No doubt, fans, and lovers of Yoruba movies love the actress so dearly and this can be seen from the amount of love showered on the actress across her social media handle.

Taking to her Instagram handle, the actress jokingly replied a screenshot about a man trying to snatch a woman from her boyfriend with N20,000 for breakfast.

The actress laughed and went ahead to disclose that her boyfriend gives her N500,000 for breakfast alone.