Weddings are supposed to be happy ceremonies and filled with joy, laughter and the likes as the union of two people are commemorated and they’re joined together as one.

However, there are some wedding ceremonies that are not always like that probably because the people getting married act the opposite instead or one of them is being force on the other.

From the video posted online by Mediagist on instagram, the bride can be seen kneeling down and refusing to eat the piece of cake her husband was trying to feed her. She even refused to look at his face or even smile at the moment, even when the groom kept trying to make her eat and avoid the embarrassment.

Read also:  WONDER SHALL NEVER END!!! See What A Lady Was Spotted Doing In A Betting Shop

She doesn’t look to be  overwhelmed by the whole ceremony or maybe she wasn’t ready for the marriage, but either way such disgrace could’ve been well avoided, what do you think about this?


Join Us On Telegram For Latest Music Updates 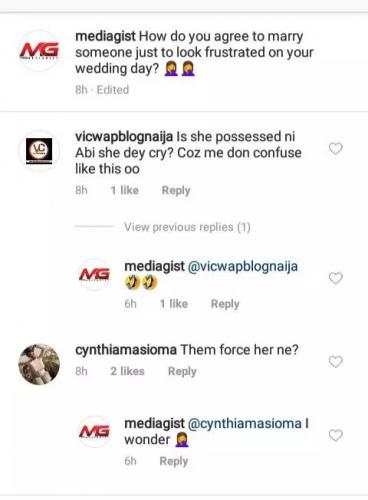 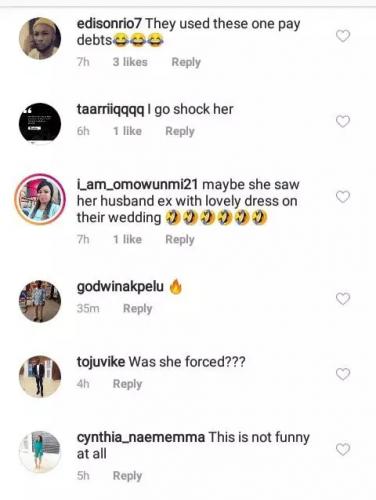 Watch out for the 2020 Hennessy Cypher

Watch out for the 2020 Hennessy Cypher