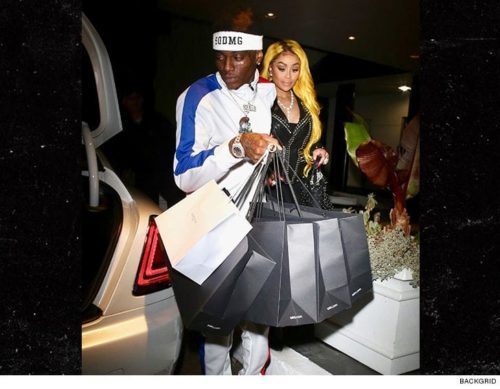 The California born, American rapper Soulja Boy has give update about his relationship with Blac Chyna.

After weeks of social media frenzy over Blac Chyna and Soulja Boy’s relationship, Young Draco has taken to Twitter to confirm the break-up.

TMZ tweeted: “Blac Chyna and Soulja Boy Split After Dating For a Couple Weeks”, Soulja Boy in response wrote: “I just wanted to see what the pussy felt like” Meanwhile, Soulja Boy has taken to his Instagram page to profess his love for his ‘real’ girlfriend.

Sharing a picture of his new girlfriend on IG, Soulja wrote: ‘I love you @xttiona!’ . He captioned the photo of the beautiful model laying on a couch in her lingerie, with the cutest emojis between the two.

‘My heart.’ It turned out that Soulja Boy and Blac Chyna had ulterior motives when showing the world how “boo’d up” they were.

The whole “relationship” was allegedly staged, in efforts to troll Tyga and get under his skin..