Tiwa Savage Can Never Find Another Man Like Me – Tee Billz 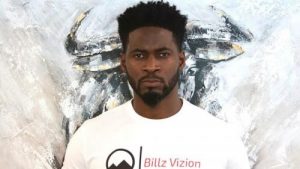 The popular Music executive, Tunji Balogun fondly called “Tee Billz” has taken to his official Instagram platform on Friday morning, September 25, to brag about his exes not being able to replace him since they broke up.

“NONE OF MY EXES HAVE BEEN ABLE TO REPLACE ME! THAT’S GOD’S FLEX #LIBRAGANG.”

It will be recalled, Tiwa Savage broke up after having a child together.

Teebillz made their marital issues public as he wanted to commit suicide by attempting to jump into the Third Mainland Bridge in Lagos.

The duo then engaged in a ‘war of words’ on the social media, as Teebillz alleged infidelity, among other accusations, on the part of his estranged wife and they both eventually divorced each other.