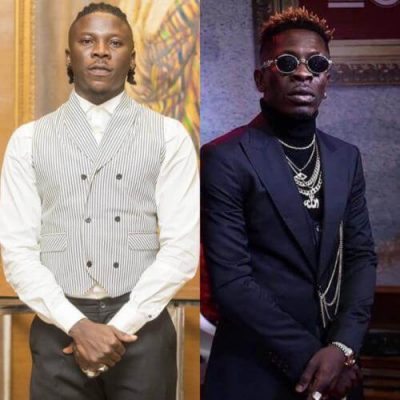 Following the recent feud that happens between the two Ghanaian artists, Shatta wale and stonebwoy, the VGMAs board had decided to suspend them until further notice.

The governing board of the Vodafone Ghana Music Awards has banned Ghanian music rival Stonebwoy and Shatta Wale indefinitely from the awards process.

The duo has been banned from participating in the nominations, selections, and performances in the VGMAs scheme.

This was disclosed on Tuesday in a statement by the board. The decision comes after the violent outburst between team members of both camps on stage during the 2019 edition of the awards show, which saw Stonebwoy pull out a firearm.

The brawl started with Stonebwoy was receiving the 2019 Reggae and Dancehall Artiste of the Year award.

The VGMA board also stripped both artists of all awards they won on the night and also annulled the Most Popular Song of the Year and the Artist of the Year categories for 2019.