Home » Entertainment » Wale Said He Has A Heat With Meek Mill & Rick Ross, As He Announces New Album

Wale Said He Has A Heat With Meek Mill & Rick Ross, As He Announces New Album 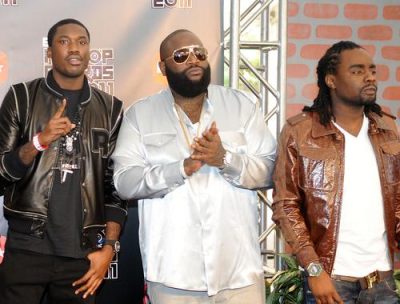 American rapper Wale proceeds to confirm he’s got Bryson Tiller and Lil Durk collaborations on the project, and teases a few collaborations with Meek Mill and Rick Ross.

Look for the untitled Wale album, set to arrive “shortly,” whatever that might mean.

He also opens up about one of the key differences this time around, explaining that he’s had to carry the bulk of the load himself.

“It’s stressful as hell, but it’s part of the game.” When asked whether he’s referring to the A&R and marketing angle, Wale elaborates.

“A lot of little things I ain’t used to doing,” he says. “It’s draining. But it’s all in the name of making good music. I’m very overanalytical of every crevice, every pocket, every mix, every sound. It’s to my detriment at times.”

Fans anticipation level has went up to 100% with this announcement.