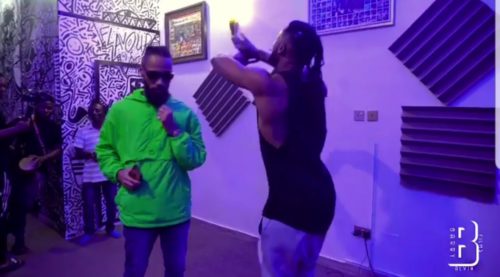 From our we present you the studio session of “Vibe” by Phyno Flavour.

The singer who just recently dropped an album, “Deal With It” which is already getting positive reviews all around has uploaded on his Instagram page, a music session of himself, Flavour and Masterkraft in which they were working on the 10th track of the 21-track album, “Vibe” featuring Flavour.

The studio session of this record is worth watching as there is an evidence of positive energy and great effort put in the making of the record. Both Phyno and Flavour as well as Masterkraft also showcased some cultural dance skills for viewers’ enjoyment.

Peep the studio session video below!