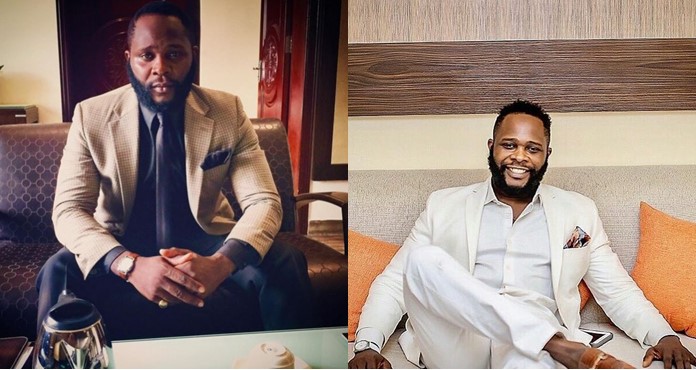 Controversial love adviser, Joro Olumofin, has advised women not to get married unless they have at least N1 million in their account.

According to him, women who have their own money are at lower risk of domestic abuse and being disrespected.

He added that it is only

broke wives who accommodate side chics in their marriage

hesitant to cheat if their wives have their own money. 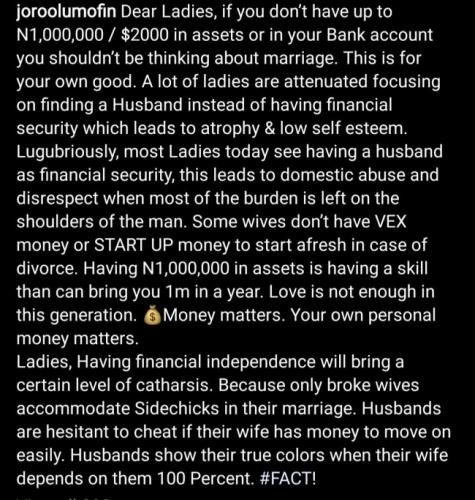