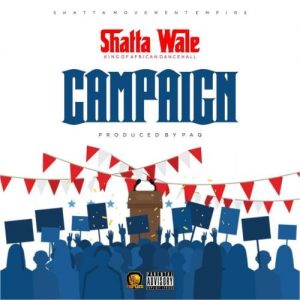 Shatta Movement empire CEO Shatta Wale is not resting on his oars this days as he keep on serving hits after hit, and today he gaincome with another Paq produced banger dubbed Campaign.

Campaign by Shatta Wale was released sequel to his recent song called “Nepa“.