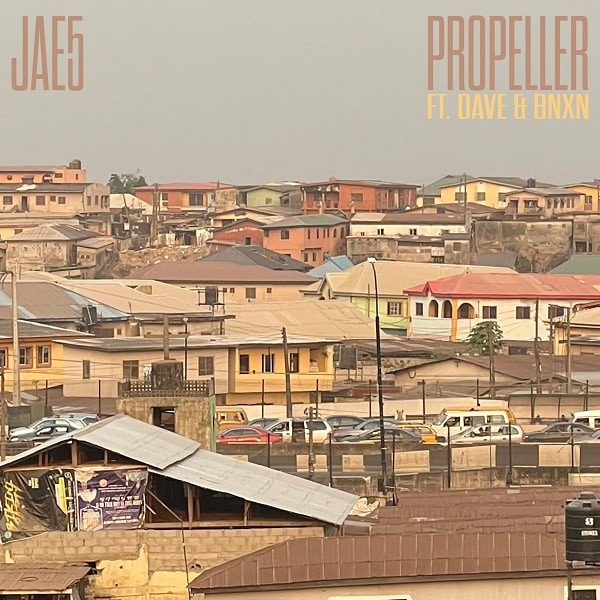 Jae5 has also collaborated with Blaqbonez on another single tagged “Back In Uni.”

He tweeted about the song “Propeller” being finished when he was in Nigeria, and many people proposed working with BNXN, the most popular young musician at that time (Buju).

“Propeller” is the second song from JAE5’s upcoming debut studio album, which will be released in a few months.

In a tweet prior to the song’s release, JAE5 assured fans that he would be teaming up with Burna Boy on a track that will be available shortly.

Listen to Propeller by Jae5 Buju and Dave Below and share!

DMX – Look Thru My Eyes

DMX - Look Thru My Eyes