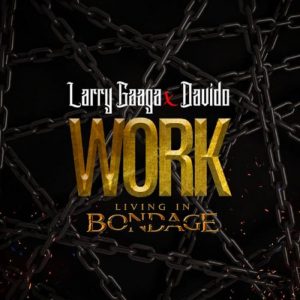 Larry Gaaga team up with Davido on this classic jam titled “Work” (Living In Bondage).

Following the successful release of “Decide” featuring GRAP by Gaaga Musik boss Larry Gaaga we serve you this classic jam titled Work which he tagged with Living in bondage, and features the latest Dad in the music industry, DMW boss Davido.

The song was said to be from his soon to be released project.