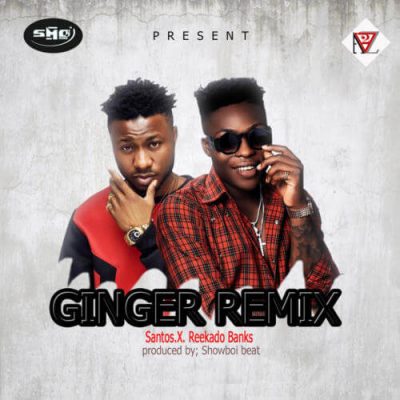 Santos Taps Reekado Banks on the remix for “Ginger”

SMO records leading act, Santos comes through with the official remix for his previously heard song titled Ginger which now features the former Mavin records singer Reekado Banks, who blesses the song with his melodious voice.

The remix was produced by Showboi Beat.

Reekado Banks – Blessings On Me