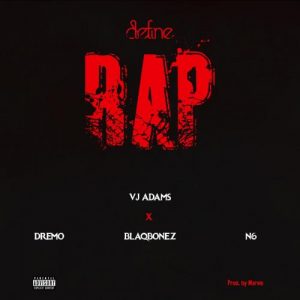 After serving the part one last year, the prolific TV presenter VJ Adams comes through with the second part of Define Rap.

The new was produced by Marvio, while the video was shot and directed by The Star Production.

Watch the official music video below!