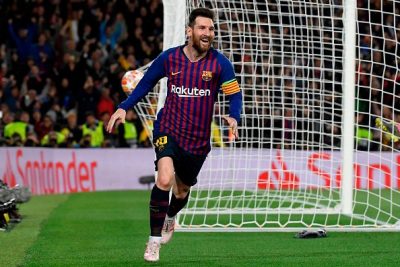 Barcelona thrashed down Liverpool with three goals to nil in the UEFA Champions League UCL 2019 match played on May 1St 2019.

Luis Suarez had earlier scored against his former team at the Camp Nou to hand Barcelona the initiative in the first leg of their semi- final.

And the former Liverpool man was at it again towards the end of the second-half, as he scampered clear of the English side’s defence and attempted to deftly lob the ball over Alisson.

His neat shot struck the crossbar, only for Messi to follow the ball in anticipation of the rebound, with the Argentine tapping the ball into the empty net to put his side 2-0 up.

VIDEO: Dunsin Oyekan Ft. Mercy Chinwo – Who Is on the Lord’s Side