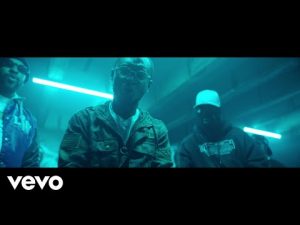 Eardruma / Insterscope recording artist and music producer Mike Will Made It comes through with the visual for We Can Hit Round 1, which features Crime Mob alongside half of Rae Sremmurd Slim jxmmi.

The song is lifted from his album: Creed II which was released last year.

Enjoy We Can Hit Round one video below and share!