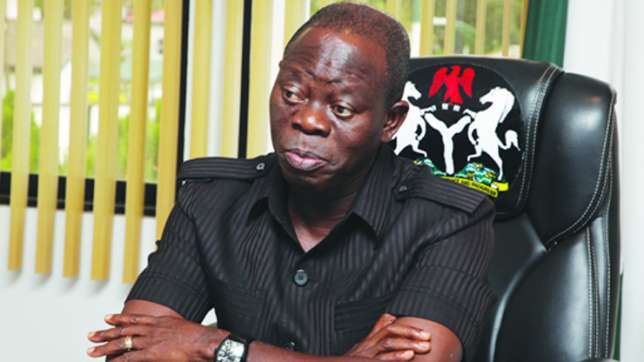 Adams Oshiomhole Who is The National Chairman of the All Progressives Congress, APC made it clear that his party should punish PDP for accusing the APC of instigating the postponement of the general elections.

Recall that the PDP had alerted Nigerians that contrary to simulated stance by the Buhari Presidency and National Chairman of the All Progressives Congress (APC), Adams Oshiomhole, it possessed facts which confirmed that elements of the Federal Government and the APC sabotaged the Independent National Electoral Commission (INEC) in a well-orchestrated plot to engineer a staggered presidential election.

But speaking at a press conference in Abuja last night, Oshiomhole’s media aide, Simon Egbebulem, said described the allegation was height of irresponsibility and desperation on the part of the PDP.

‘’The entire world was at the venue where the National Chairman of the APC, Comrade Adams Oshiomhole expressed his disappointment very sincerely before the chairman of the INEC over the postponement of the election. President Muhammadu Buhari did the same.

‘’But we will not dissipate energy in responding to the PDP allegation because we await them at the polls. “We all were in this country when under the PDP government the then President ordered the Chairman of the INEC to postpone the election.