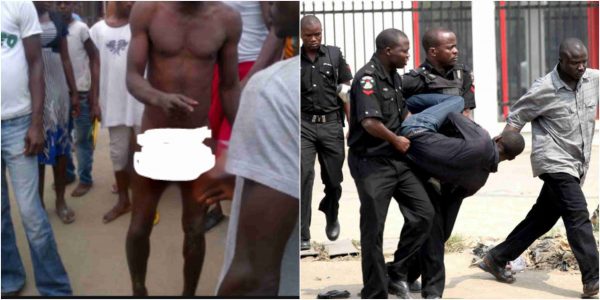 A 38-year-old Islamic cleric, Abdul Lateef Mustapha, has been arrested by the police in the Bariga area of Lagos for having sex with his sister-in-law who is reported to be just 17 years old.

The case was reported at the Police station by the Child Protection Agency, Shomolu Unit and Mustapha was ordered to be arrested immediately.

During interrogation, Mustapha, was discovered to have continually defiled the victim whenever the wife was not around.

However, the act was exposed when the embittered victim told two of their neighbours her predicament; how her sister’s husband used to defile her but the two women did not believe her because her sister and the Islamic cleric were present.

The act that broke the camel’s back was said to have happened on 16th February, 2019, when the Islamic cleric had canal knowledge of the girl and was caught red handed. He then apologized never to do such again.

It was gathered that the suspect initially denied the act but later opened up that he had sex with the girl only once and not thrice as stated by the 17-year old victim.