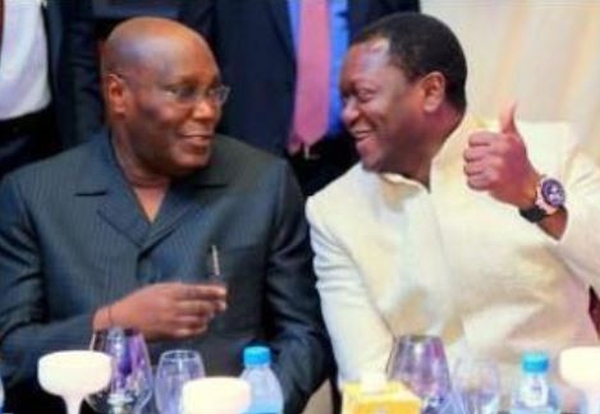 Uyi Giwa Osagie, who is the lawyer and treasure for Atiku Abubakar, Osagie was arrested on Monday following the arrest of Alhaji Abdullahi Usman, a notorious BDC owner based in Lagos, who was caught ferrying $2 million by air from Abuja to Lagos.

When the money was intercepted by EFCC, Usman, who owns Hasbunallahu BDC LTD, confessed that Uyi paid naira equivalent of $4million into his account.

He converted it to $2million pieces and ferried to Lagos, and on arrival took it to Keystone Bank. A source familiar with the matter said this was money Atiku was to use in settling all his party people ahead of the elections. After arresting Uyi, EFCC operatives searched his Ikoyi Reeve Road home and found documents linking him to Atiku.

He was reportedly recalcitrant during the arrest, and is still in EFCC detention. Also, presidency sources told SaharaReporters that the Independent National Electoral Commission (INEC) postponed the election to allow Atiku get money from other sources.

EFCC spokesman Tony Orilade refused to confirm the arrest, telling SaharaReporters he could not make any statement on the issue until he had received clearance from the authorities.

2019 Election Postponement: What I Will Do If INEC Shifts Elections Again – Charly Boy