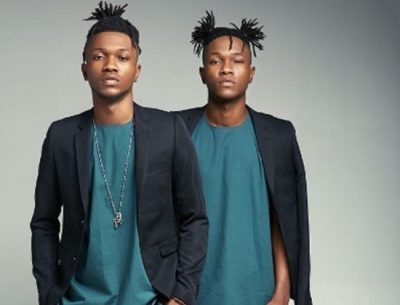 According to unconfirmed reports reaching us, the brothers and were whisked away by officers of the Nigerian police force over suspicions of money laundering.

The reports also revealed that the police engaged in a chase with the singers vehicle before eventually catching up on them in Lekki. The Policemen seized their car, handcuffed them and took them away.

Mavin management is yet to make an official statement on the trending topic.
Recall that DNA brothers were officially announced as Mavin Records artistes on February 28, 2017 alongside two other talented new signings: Poe and Johnny Drille.