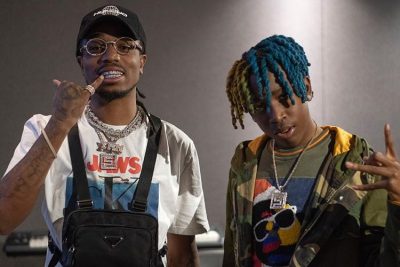 Quavo in conjunction with Quality control music as signed a new rapper by the name “Bud”, Bud is one of the first artists to work directly with Quavo behind-the-scenes.

While we can surely expect a few collaborations between the two, it looks like Huncho will be plotting how to help him grow his career.

The 14-year-old is excited to have signed his first deal, hoping that the two major forces could assist him in blowing up.

If his name does sound a bit familiar, you may recognize the fact that the young rapper was previously the winner of The Rap Game , a Lifetime series hosted by Jermaine Dupri.