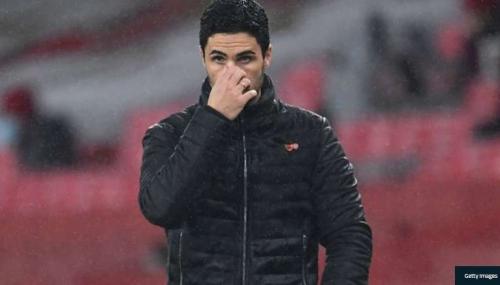 Mikel Arteta is the most exciting young manager in Europe, according to Tottenham defender Eric Dier, who believes the Gunners are still in safe hands under the Spaniard’s stewardship.

Arteta will celebrate a year in charge at the Emirates later this month, a period which has seen him deliver the FA Cup and Community Shield to raise hopes of a bright future in north London. However, the 38-year-old approaches that anniversary under pressure after an indifferent set of recent results.

After beginning the campaign with back-to-back wins, Arsenal have lost five of their last eight Premier League matches to slump to 14th in the table going into this weekend’s north London derby away at Tottenham, with their haul of 13 points from 10 games their lowest points tally ever at this stage of a Premier League season.

Dier has leapt to the defence of the former Everton midfielder and believes the Gunners are simply enduring a minor blip.

“They are going through a difficult period but these games it doesn’t really matter who is where in the table,” the Spurs defender told Sky Sports.

“We know how much of a difficult game it is going to be. The position in the table is irrelevant. It’s early on in the season for both teams.

“They have a lot of quality in their team. They have a very exciting young manager.

The most exciting young manager in Europe for sure. I like his way, the way it seems to be. I think they are in good hands.

“We know they have a lot of quality in their squad and we will be very aware of that on Sunday.”