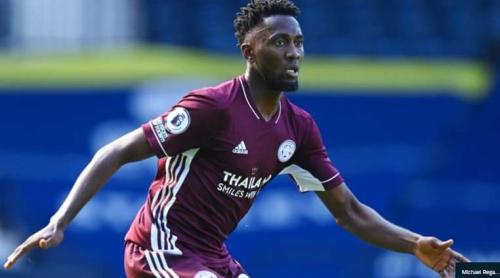 Wilfred Ndidi has finally made his much-awaited return for Leicester City in their 1-0 defeat against Zorya in Thursday’s Europa League game.

The 23-year-old midfielder has been out of action since September when he suffered a groin injury against Burnley.

The Nigeria international was handed a starting role in the encounter and took his position in front of the back-four along with Hamza Choudhury.

The midfielder gave a good account of himself on his return but his effort was not enough to save the King Power Stadium outfit from defeat.

The game started with both sides aiming to nick an early goal but that was not to be seen with the solid defensive formations they put in place.

The first-half, thus, ended with both sides failing to find the back of the net but recorded three yellow cards.

Ndidi’s compatriot Kelechi Iheanacho picked up one of the cautions along with his teammate Ricardo Pereira and Zorya‘s Andrejs Ciganiks.

The second half, however, saw more goal-mouth action and the Ukrainian Premier League club got the opener in the 84th minute.