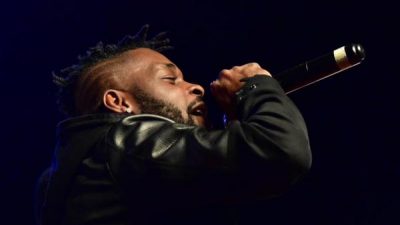 The “Moto Moto” hit maker, Ivory Coast artist DJ Arafat has lose his life with 33 others in a horrible car accident.

According to posts on social media, Ange Dider Huon, known by his stage name DJ Arafat, had been driving his motorcycle and hit a car. He was reportedly taken to an Abidjan hospital, where he died.

He was a popular recording artist in francophone countries, especially on the African continent, releasing a total of 11 albums during his career.

DJ Arafat was known for his distinctive “coupé-decalé” dance music that put hip-hop vocals with short, catchy rhythms, garnering “Artist of the Year” for the genre in 2016 and 2017.

#MuseAfrica Popular Ivorian musician, Houon Ange Didier knows artistically as DJ Arafat passed away at the age of 33. He died this Monday 12th August 2019 at about 8am following a road accident Sunday night in Abidjan, Côte D’Ivoire.

Ivorian Culture Minister Maurice Kouakou Bandaman gave his condolences to DJ Arafat’s family and fans, adding that he planned to pay homage to his life and career.

it was a painful one we wish him R.I.P